So what exactly is trauma?

A trauma can be defined as a single experience or enduring event which overwhelms a person’s ability to cope. The study of trauma is focused on understanding the psychological and emotional wounds sustained by accidents, violence or moral injury to a person. Traumatic events can shatter your sense of security and leave you feeling hopeless and helpless. The more frightened a person feels, the more likely that they will experience an event as traumatic.

There are a range of emotional responses a person can initially feel following a trauma and these are considered to be normal reactions to abnormal life events. Emotions such as shock, fear, denial, feeling numb, confused and having difficulty concentrating are common. Guilt, self-blame and shame are also frequently reported as well as anger, irritability and mood swings. Some people also experience physical symptoms following a trauma with insomnia, nightmares, decreased appetite, fatigue, muscle pain, agitation and feeling unable to relax. Trauma symptoms can last from a few days to a few months and for most people they will gradually subside, however, some people will go on to develop Post Traumatic Stress Disorder (PTSD).

Experiencing traumatic events has been shown to be fairly common in adults with the 1995 National Comorbidity Survey showing that 60% of men and 50% of women have experienced trauma in their lives. The majority had experienced multiple traumas. Those who will go on to develop PTSD is difficult to accurately predict but it has been shown that those who have been exposed to adverse childhood events or neglect are more likely to go on to develop PTSD with nearly 60% of women and 30% of men. Those who had witnessed traumatic events and go on to develop PTSD have been shown to be between 10-23%. NICE guidelines in the treatment of PTSD indicate that up to two thirds of those who develop PTSD go on to recover without treatment but up to a third do not and often go on to develop a comorbidity such as substance misuse, depression or an anxiety disorder. Those in the military, police and in emergency services have a higher prevalence of PTSD than the average population due to the risk of exposure to trauma.

The Brain and Trauma

The key to understanding the impact that trauma can have means we need to first understand the brain and how traumatic memories and experiences are dealt with differently to normal day to day memories. The brain comprises of three main parts, the reptilian brain, the limbic system and the neo-cortex. Each part of the brain has its own function. The reptilian brain is responsible for survival and controls autonomic responses such as temperature, breathing and balance. The limbic system or mammalian brain is the emotional center of the brain, controlling expressions of emotion, short term memory processing and responses to survival. The neo-cortex is the thinking part of the brain dealing with logic, language and thought. This part of the brain is overridden by the survival mechanisms of both the reptilian and mammalian brain during trauma, meaning we respond to trauma without any conscious control. Despite how humans have evolved and often how we see ourselves as independent, self-regulating, thinking individuals, we are still hardwired to response to danger through our survival instincts. These instincts override the logical part of the brain and therefore will be triggered by events that are perceived as dangerous.

The brain receives information through our 5 senses and this information is directed by the thalamus to either the limbic system or the neo-cortex. If a threat is perceived, the information is directed to the limbic system and the reptilian brain where the threat is analysed by attempting to match it to previous patterns and information that have been stored from past experience. If the data is matched to a previously dangerous experience or a new threat perceived, the alarm is sounded and the fight or flight response is activated. The part of the brain responsible for this decision is the amygdala, a tiny almond shaped part of the brain that is responsible for processing and assigning emotional value to sensory information. As it was developed over 50,000 years ago it is not sophisticated, but operates on a safe or not safe basis. If an experience is considered a threat, it does not wait for the neo-cortex to consider the situation but will react and activate the Autonomic Nervous System (ANS), shut down any non-essential systems such as the immune system and digestive tract. The amygdala will also decide how to respond to these events, to either fight, flee or freeze. If the limbic system determines that there is enough strength to defend oneself, fight will be chosen, if there is enough distance and strength to escape, flight will be chosen. In both cases it is the sympathetic branch of the ANS that responds. Adrenalin, noradrenalin and cortisol flood the system, resulting in increased respiration, heart rate, oxygenation of the blood, and blood flow to the muscles for mobility and strength as well as feelings of fear.

If however there is no other means of escape, the freeze response kicks in, activating the parasympathetic nervous system which means that the person will relax and not move. There is evidence to suggest that choosing the freeze response is more likely to traumatize the person as they have not being able to overcome the danger by fighting or running away. This may be why more women than men experience PTSD as they are less likely to be able to fight attackers or to escape from interpersonal threat or violence. As the amygdala stores information about all sensory cues which have represented danger and only needs a 20% overlap to the original traumatic event to sound the alarm, this can lead us to having an overly sensitive central nervous system which is triggered in the present by experiences which are not dangerous but we will react to them as though they are, these are called triggers. It can often feel as though our emotions and body are being hijacked and people who have experienced trauma can find this hard to live with or to understand. Unresolved trauma is often the cause of anxiety disorders, depression, OCD and PTSD.

The hippocampus is a structure in the brain that is associated with learning and memory as well as organising the time, space and place of events. It organises memory in a chronological way allowing us to remember back and to place events within a narrative frame of when they occurred. This part of the brain does not work correctly during trauma and as a result traumatic memories can feel fragmented and fractured, with no linkage to space or time. The memories remain stuck in the reptilian and mammalian portions of the brain. Whilst this makes sense in allowing our brain to respond more quickly to trauma, it also means that adrenalin can flood the brain frequently, leaving people feeling scared, anxious, uncomfortable and unsafe.

So what can we do about it?

Brain scans have clearly shown the neurochemical injuries to the brain in those who have experienced significant trauma, as well as the healing of these injuries as a result of psychological treatment. In addition, they show that normal memories are encoded in the left hemisphere of the brain as coherent narratives of history and trauma memories are encoded in the right hemisphere as sensory memories.

The good news is that trauma can be successfully treated through trauma focused therapy. Brain plasticity means that we are able to develop new skills and to retrain the brain following traumatic events. Neural pathways are constantly being developed as we grow and learn. Therapy that allows us to remember the trauma in a safe way can allow us to revisit these experiences and to process them in a healthier way, moving the memories from the right hemisphere to the left hemisphere of the brain where they are no longer experienced as traumatic. Therapies such as Eye Movement Desensitisation and Reprocessing (EMDR) are an effective way of doing this. 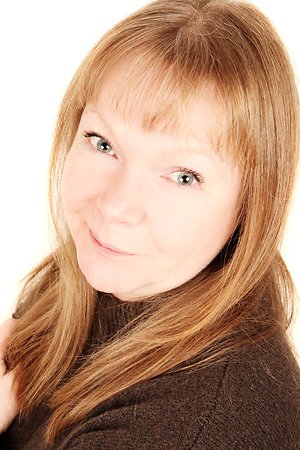 I have been working in mental health for over 20 years. I am passionate about my work and have spent many years working with addictions and in the field of mental health rehabilitation. I went on to qualify as a counsellor and psychotherapist in 2008 and have specialised in sexual health and trauma within the NHS for over 10 years. I am an existential psychotherapist with a special interest in trauma, PTSD, complex PTSD, childhood trauma and dissociation. I am experienced in dealing with sexual trauma, abuse, sexual problems such as erectile dysfunction and vaginismus and issues with sexual and gender identity.

I believe that we can all learn to deal with traumatic experiences and find meaning for them. Learning to understand our experiences with the help of a therapist can lead to post-traumatic growth and help to build resilience against future traumatic experiences. I am a member of the British Association of Counselling and Psychotherapy (BACP) and an Accredited Practitioner of Eye Movement Desensitisation and Reprocessing (EMDR) as well as a member of the Professional Standards Authority Register of Counsellors & Psychotherapists.

I facilitate the North Staffordshire and Cheshire EMDR Peer Support group for EMDR therapists in the area who want a confidential space to discuss EMDR, theory and case studies for continuing professional development. Click here to email me for more information.

EMDR Association UK & Ireland
Accredited Practitioner
©2022 Nicky Stokes Therapy is powered by WebHealer
Cookies are set by this site. To decline them or find out more visit our cookie page